A few weeks ago, I blindly updated all my plugins that required updating.  After that, all the plugins were successfully updated and there were no errors reported.    I was happy and going on my merry way until I wanted to create a new post.  It would just give me a blank screen.  I tried many times and many different ways but it seemed like all parts of my Wordpress site was working except for creating a brand new post.   Of course I didn’t know what the problem was and only that one of the 17 plugins that I updated inadvertently disabled the ability to create a new post.   The only way I knew how to fix it was to do a restore from a couple days ago.  I was kind of devastated because I did do a lot of updates and was bracing for the fact that I would have to redo a lot of the work I did the current day.   So this week, I was feeling brave and tried to do the updates again.  This time I was smarter and did the plugin updates one by one to see which would be the culprit.  I finally found which one did it and I was surprised.  I was the Yoast SEO plugin.  I searched through the Yoast SEO plugin to find if there was any setting that might have affected this but I couldn’t find any.  I contacted Yoast and they said that I didn’t purchase the subscription so I had no access to their technical support.   So anyways before I received their response, I was able to fix the problem.  I revert to a previous version of the plugin.   I downloaded another plugin called “WP Rollback”.

Here’s a screenshot of my blank screen creating a new post.

FYI – Updated Nov 10, 2017.  I just tried to update my Yoast SEO to version 5.7.1 on another Wordpress site and I got another error message when trying to create a new post.  I don’t believe that I would be the only person having this problem.  Now this error says below.  Does it not play nice with other plugins?

At first I thought WP Rollback plugin had to be installed before I had the problem otherwise it wouldn’t recognize that I had just updated it.  It turns out that it works if you install it now.  It will recognize that there are previous version of the plugin and you can still revert back to the previous version of that plugin that you or *I* messed up.  I was thrillllllleeeeddd!!! I definitely did not want to redo the work I did AGAIN.

Here is a screenshot of the WP Rollback plugin.

Here are the steps I went through to revert my Yoast SEO to a previous version.

3. In the WP Rollback screen, click on the version you want to rollback to.  I went down the list of versions sequentially and tried to create a new post.  5.7 didn’t work either, so I went to 5.6.1 which finally worked.

This worked for me.  Remember to do all your testing before hand and keep backups of your site.  If anything goes wrong you can always revert back to the previous state of your site. 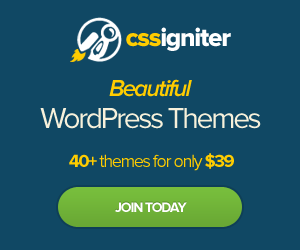